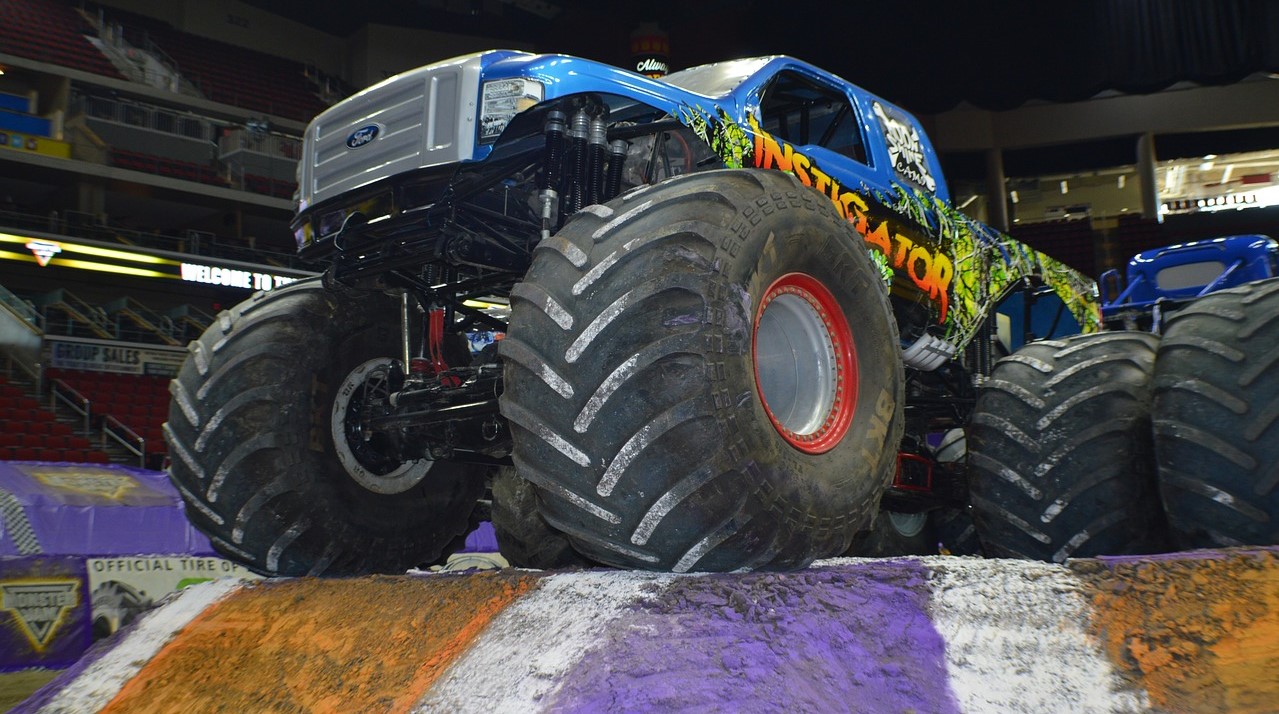 Motorsports allow us to see people driving various vehicles all over the world, doing either crazy stunts or something entirely ludicrous, due to their speed. Many have seen a Formula 1 race and thought that they were going quite fast and doing really dangerous things. People died during Formula 1 races, either due to badly designed vehicles, the driver’s errors, or the terrible safety regulations when it comes to vehicle design, race speed limitations and vehicle inspection.

Well, you will be happy to hear that there are other forms of racing which are perhaps as dangerous, but done in a different way, in trucks. The matter at hand is, of course, the Monster Jam. Here is what you need to know about it.

It is not a Ford F-250 or similar vehicle, nor a hauling truck, but rather a truck with special suspension, steering on all four wheels and extremely large tires. What are they made for? Entertainment, of course.

The Monster Jam was created in 1992 and it is a series of races which ends with the Monster Jam Finals. The season starts early, in January and ends in March, or rather, now in May. The reason for that is that stadiums are often vacant, because the football season is yet to start.

The stadiums are reorganized into race tracks, a circuit style race. You can only imagine monster trucks zooming around a dirt race track, jumping, taking sharp turns and overtaking one another, in order to win the race. Monster trucks can jump really high and that added suspension keeps the drivers safe and the public entertained.

When and Where Can You Watch It?

With the season starting early in the year, ending in May, you can watch Monster Jam anytime from January to May, as well as the end of May, when the Finals take place. The tour is mostly set in the United States and Canada. Sometimes, the Tour moves around the world, but it primarily stays within North America. It is covered by various media in the United States and Canada, as well as Australia. You can also watch it online, via streaming services, or via the official YouTube channel of Monster Jam.

Since 2017, two wheel skill races were introduced, or rather, a timed event where monster truck drivers must show their skills on two wheels, performing various stunts and tricks.

Voting is done by the audience, via a live tracking website, dedicated solely to that function. The truck with the biggest score wins. Each truck gets two attempts and the higher score counts.

Another style of racing is freestyle, where trucks can do tricks on an open ground, or by using ramps and other various elements to perform tricks. Everybody must do tricks for 30 seconds in order to be eligible to get a score.

Compared to other sports, monster truck driving is relatively safe due to the sheer size and ruggedness of the vehicles. They are quite agile despite their size and appearance. They are safe for the drivers and are often safe for the crowd, as well. Sometimes, there is flying debris, which is worrying. Safety precautions have been taken for the crowd to remain safe.

This is everything you need to know about Monster Jam. Now enjoy some monster truck racing.